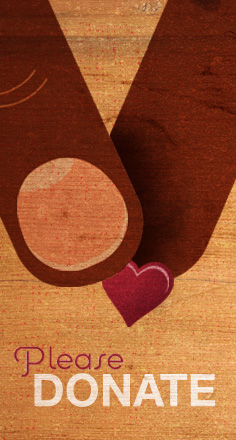 The orphanage’s mission is to provide protection for children and to promote their integration into the social mainstream by providing shelter, food and education.

In July of 2006, she set off for her native city of Kinshasa. With just one-month’s time and $6,000, Theresa cut through the thicket of Congolese bureaucracy to find a suitable house, fix it up, get the necessary licenses, and hire staff. Finding the children to live in the house was, regrettably, the easy part. They were found scrounging in the garbage dumps or wandering the streets.

A brutal 1998-2003 war tore apart the Democratic Republic of the Congo’s aging infrastructure and killed four million people, mostly from hunger and disease. War and poverty have kept many on the run, separated many families and created four million orphans. The sad stories and often brutal lives of the orphans or abandoned children reached the ears of Theresa Kashale, a refugee from the Congo who is now a teacher with the Sioux Falls School District. Theresa and her family had themselves experienced the horrors of war and the plight of these forgotten children touched her deeply and indelibly. She decided that she had to do something, anything, to help them.